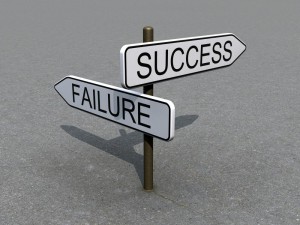 A bit of background

I am about to become a freelance PHP Web Developer and so I thought I’d get around a few places in my local area and meet some guys (& girls) that I had been following on Twitter for a while.
I decided that I would visit Genius Division in Barnsley as I had been following Craig Burgess on there for a while. The visit itself was very fruitful. I was made to feel very welcome by 4 very nice gentlemen. What would have surprised my wife is that although the 4 of them were self-confessed ‘Geeks’ not one of them had a Star Trek uniform on…anyway, I digress.

By the end of the visit, I had a much firmer idea of my route into the webdev community & I knew that my months of trying to get my head around the ins and outs of the design process were wasted. As Craig and Richard (their Techincal Director) pointed out – I should concentrate on what I am good at & what I enjoy doing. Common sense stuff of course but one that I possibly just needed to hear from an external source.
I knew when I got home that I had to clear all of this design nonsense out of my head and concentrate on the PHP side of things as I had now been focusing on design for a few months.

I posted a thread on a popular webdev forum about what project I could undertake in order to brush up my OOP skills. The majority of the replies that I got advised me to create my own framework. I took this advice & quickly set about Googling a few tutorials on how to create a framework.

Until this point I had not been a fan of frameworks per say as I found them overkill for the projects I had previously created but when I did start looking into it I was shocked.
The more I looked into frameworks the more I thought to myself “Hang on! I’ve already done this and been criticised for it”

So what did I create previously?

On the same popular forum around a year earlier, I posted my own files for review. I now know that this was the basis of a framework. Admittedly, looking back at the code it could do with a lot of improving and more abstraction but the basics were there. The framework had 5 or 6 classes that I used and covered everything that I needed including security, database handling, HTML output, templating facilities and more. Had I got a few words of encouragement, I may have continued to develop this framework and stick with OOP.

So what am I complaining about

I’m complaining about the critique process that many employed. The tone was a very negative one with comments made such as “Not quite sure why you’ve put it in a class, to be honest”. Not one single person included a positive comment. This, in my opinion, leads to much dis-heartening and people giving up. This included me as a justified comment could have gone a long way to encouraging me to continue with the project. If someone had written something along the line of “You have the start of a framework there if you continue along those lines & study the architecture of some of the popular frameworks you could have a good framework there”.

On a different forum, I posted a general question on whether or not developers kept their files (not the files directly accessible via HTTP requests) in a non-accessible directory (i.e. sub root). The comments were generally good & polite but there were a few that told me in no uncertain terms that I was an idiot to keep files sub-root and there was no benefit in it. I didn’t dignify them with a response but I did know the benefits of this practice thanks to Chris Shiflett‘s Essential PHP Security book (non-affiliated link) which I bought a few years ago.

On the 13th December 2012 Harry Roberts posted a tweet which I believe was also trying to get to the same thing as I am complaining about here. He tweeted:

Hacker News in a nutshell: Dev 1: ‘Hey I made this, it took me a year and you can have it for free!’ Dev 2: ‘Your screencasts sound bad.’

In this example. a little encouragement would have been a good thing – I haven’t seen the post to which Harry was referring to but it seems that the same theme of comment keeps popping it’s ugly head up.

There was also a direct message waiting for me to look at. On reading it I was quite impressed. It was commenting on my profile & the fact that I used an outdated IDE (the profile hasn’t been updated in a while) but the sender framed it in such a way as to not have a negative tone. He then went on to suggest good IDEs etc.

So how should it be done?

In my opinion, critiquing is an art form in itself but a lot of it is often down the attitude of the person critiquing. Instead of just offering negative comments why not frame a comment constructively. Image…We could even give its own name: we could call it something like “Constructive criticism” instead of ‘being an arsehole’.

Simply typing “How to criticise” in Google shows that the top article has several suggestions. As an ex-military instructor, I use the 1st type of critiquing: one that is referred to by many including @CarriganGlen, a good friend of mine and former army buddy as a “Shit Sandwich Motivational Technique”. It allows critique to be given but not in a wholly negative manner.

Craig Burgess commented on a recent podcast saying that

As somebody who’s spoken in a public capacity a few times, … the pressure is massive. And 1 negative comment can crush you..

This shows what I have mentioned previously: that negativity can have an effect on one’s attitude and ambition to carry on with a project.

So what do I want?

It would be nice if people learn to critique properly – doing otherwise can only result in self-perpetuation negativity. I suggest that people think before they critique and carefully frame their words as to not be offending or be overly negative.

Well, that’s it, folks. If you got to this point in the post I want you to do 3 things for me.

By the way, please feel free to Tweet about this post to the wider webdev community.
Thanks again.
🙂